Once upon a time, someone asked someone to write a piece of content. The person who had been asked was particularly busy and didn't really have time but he sat down to write it anyway.

When he sat there trying to write something, he tried to work out why and realised it all came down to things he talked about all the time. It came down to a tug of war between desires, fears and morals.

On The Yes Side

He was curious about whether the technique the other person had recommended would work and curiosity was one of the strongest desire preferences he had. Writing the piece would also fulfil some of his desires for status and acceptance.

Even though the other person wouldn't directly criticise him there was still an element of internal criticism if he didn't write it and he didn't like that. He also didn't want to lose the respect of the other person. These were the things that he feared even if he didn't really think about it.

He also didn't really think about whether it was morally right or wrong to write the piece and the whole thing didn't really seem like much of a moral issue. Under the surface though there was still an underlying element over whether it was fair to let the other person down and this was really important to the writer.

On The No Side

Although writing the piece would fulfil some of his desires there were lots of other desires that he could have met during the time it took him to write the piece of content. Some of his strongest preference desires had recently been met though - he'd been for a run - satisfying his desire for physical activity and his day at work had fulfilled other desires.

His strongest fear about writing the piece was the usual one that comes when people write content and that's that people might not like it. The idea that our own creations might be criticised - even if it's not to our face - is one of the key things that stops people being creative.

There weren't really any moral reasons why he shouldn't do what he'd been asked.

The Influence Tug of War

Until he started thinking about it none of the desires, fears and morals sprang to the writer's mind but under the surface a tug of war was going on. The decision to sit down and start writing came down to which side was the strongest. If you hadn't already guessed, the tug of war came down on the "Yes Do It" side and led to this piece of content.

The same tug of war goes on within all of us everytime we're asked to do something even though we often won't be conscious of it taking place. We all have different desires, fears and morals and in different situations we'll all act differently.

When we're trying to influence someone, if we can identify what these desires, fears and morals are then we can frame how we request something to meet those desires and remove the fears. If we can frame it in a way that morally resonates with them then they'll feel good about doing it as well.

Stephen Reiss, Who Am I? (2000) & Jonathan Haidt, The Righteous Mind (2012) have both helped provide a framework for us to understand why some of the things we did on high intensity military intelligence operations worked. 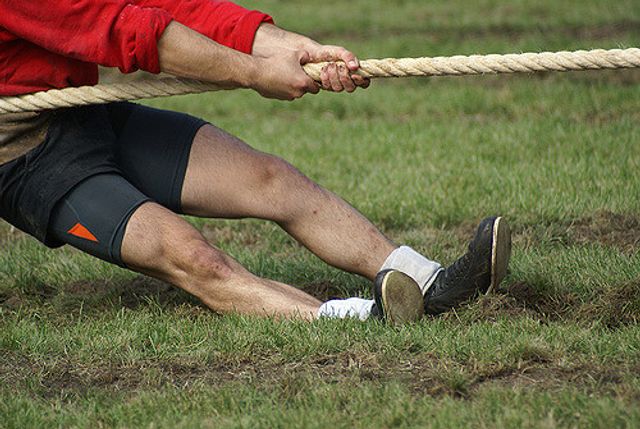