When Donald Rumsfeld talked about known knowns and unknown unknowns in the run up to the invasion of 2002 he was widely pilloried in the media. Despite this, the quote (full quote shown below) highlights some of the core problems with teams and individuals analysing problems.

What Rumsfeld summarised in his quote was similiar to the thinking behind the Johari window which is often used for self-analysis and is shown in the image below. The same thinking can be used to analyse business challenges and works particularly well when done as a team activity.

Understanding a complex situation in-depth is one of the first steps to successfully influencing it.

These are the facts that an individual or team 'know' about their challenge. When I work with clients it often becomes clear that the known knowns aren't actually as clear cut as the team first seems to think.

Being clear about the gaps in your individual or team knowledge can help you do something about it.

Rumsfeld only talked about one type of unknown unknowns while the Johari model looks at two types: things that you might have no visibility about but that might be clearly known to others; and things that completely unknown to all parties.

People we work with often say that they don't have the time to step back and look at situations using these sorts of techniques. We frequently find that by spending a short time doing this with them highlights significant time savings that could have been achieved if they'd taken the time to do this earlier.

Working out what you know, what you don't and what you can do about it is one of the first steps of influencing a complex situation.

Reports that say that something hasn't happened are always interesting to me, because as we know, there are known knowns; there are things we know we know. We also know there are known unknowns; that is to say we know there are some things we do not know. But there are also unknown unknowns—the ones we don't know we don't know. And if one looks throughout the history of our country and other free countries, it is the latter category that tend to be the difficult ones. 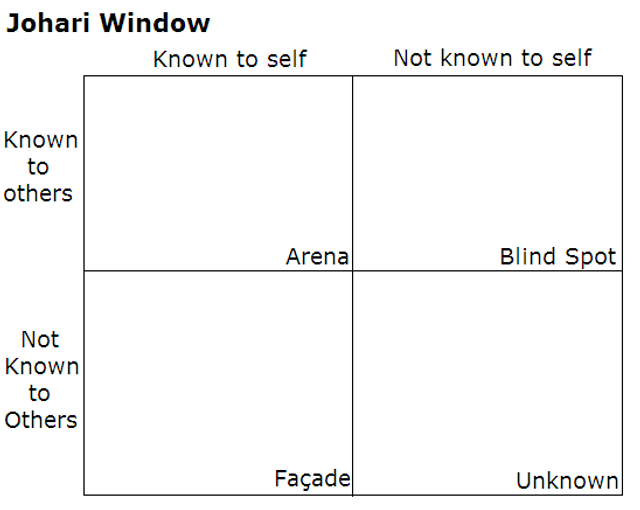