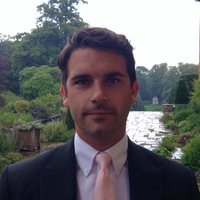 Frame alignment and altering perspective is something that we help a lot of our clients with at Applied Influence Group. We have relied on our own experiences in Afghanistan to create our methodology, but also investigate how others influence in the most extreme of situations. Daryl Davis' quest is unquestionably one of those beguiling, remarkable and interesting stories.

The article details how Davis' mantra is 'how can you hate me when you don't even know me'. He meets and talks with KKK members in an attempt to understand their viewpoint and then influences them to see his perspective. He claims that he has never deliberately intended to get Klansmen to denounce their allegiance, but on his journey he has collected over two dozen robes of people that have left the organisation.

In an extremely volatile modern day America, which is increasingly charged by ideological clashes in civil rights and identity politics, Davis plans to tackle white supremacists in a different way to the headline grabbing protests and violence that dominates the mainstream media. His method is likely to be inspired by the words of Martin Luther King 'we must in strength and humility, meet hate with love'. In a documentary (link at the bottom) he talks about his plan; that if you spend time with your enemy you will realise that you have things in common and the longer you spend with that person, the contrasting things, like skin color seem to matter less and less.

Despite being met with puzzlement and even hostility from some civil rights group leaders with regards to the way he goes about his business, his plan to change people's frames and perspective is effective. It may not be a quick way to influence the masses but this is not a problem that is going to be solved quickly. We look forward to following Davis' journey and admire his alternative and fresh ideas about how to make a difference.

A black man's quixotic quest to quell the racism of the KKK, one robe at a time 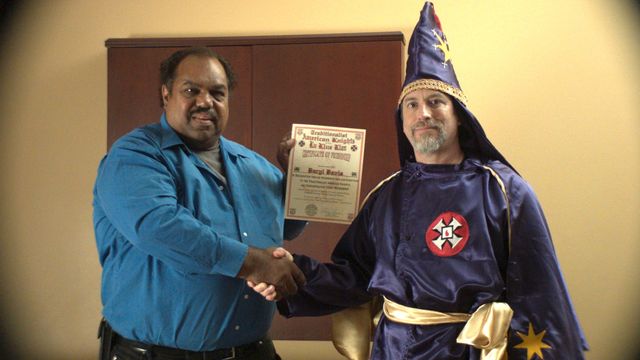 There's a actual documentary on this guy' worth the watch!https://t.co/jX4Btw0Et2 pic.twitter.com/PfvB87Zj57

At @AppliedIG we talk about moving someone's 'frame' on an issue. This a topical example of someone doing just that.https://t.co/eW5cGVrphO pic.twitter.com/E48yJU7tZg

And this is by far the best example: https://t.co/2bruklNFWP