We all hold a certain status and often we'll hold different levels of status in different circumstances. The CEO of a large corporation may hold high status at work but could hold low status within the local church or ParkRun community. In virtually every group we exist within, there will be a hierarchy of status and some of us will be more motivated to rise within that status hierarchy than others.

At times the status hierarchy can be obvious and clearly visible. Titles, office locations and perks such as company cars can be clearly visible symbols of status. Within the workplace there can be other, less visible, status symbols. Being included on a certain emailing list or invited to a meeting can confer a level of status that may not be as clear. Get this wrong and it's easy to damage a relationship.

Even organisations that are renowned for having a flat hierarchy will evolve their own, often complex ways of establishing an unofficial hierarchy. At Google, employees are "Nooglers" until they've been there long enough to be "Grayglers".

Some people who have a strong desire for status may not meet it through their work but satisfy the desire in a social setting outside of work. In this case, trying to frame a position at work around satisfying their desire for status won't work.

Status and power are often conflated and while some will have strong desire preferences for both, others are most concerned with satisfying one or the other.  Some people are happy to sit in the background and exert power with limited recognition of their status. For other people the recognition of status is everything and power is a byproduct of this. Think of the person who is desperate for promotion but then does nothing with the increased power when they achieve it.

In some circumstances the disparity between status and power can lead to those in high power, low status jobs causing workplace conflict.

...not only are high-power, low-status individuals more likely than others to demean those around them, but other people might be more likely to view these individuals’ otherwise ordinary work behavior as more demeaning in the first place. Why does the power-without-status effect occur? Well, lacking status hurts; it makes us feel bad about ourselves and makes us want to act out against others. But when we also lack power, we tend to hold our tongue because acting on our hurt feelings is too risky without the protection of power. Having power, on the other hand, is liberating, allowing us to act on our feelings. So when we are in a role that lacks status but has power, we often feel free to act on our hurt feelings. And unchecked, that can snowball into widespread organizational conflict. 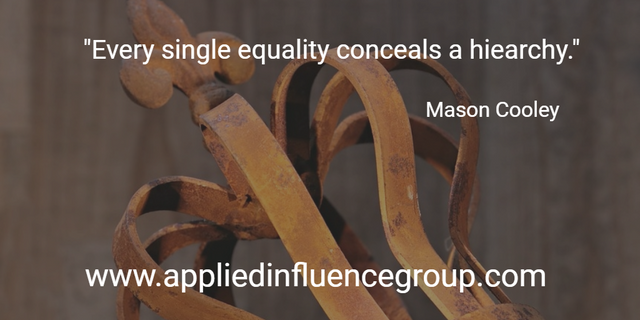