We worked with a number of technology companies in 2017 and the adoption challenge that Paul Bray from Computacenter talks about in the article quoted below appears to be universal.

Although training requirements and technical issues will impact on adoption, getting people to trust a new solution is equally important. Trusting a new solution and then adopting it into everyday work faces exactly the same challenges as trusting a new person or idea that comes into your life.

We often treat the new and unusual, whether it's a person or a piece of technology, as a threat until it's proven otherwise. We all draw on our bank of personal experience when dealing with new things or people. People who have been repeatedly let down by new people they have met, will take longer to build trust than people who haven't. The same applies to technology. Understanding both the personal and organisational experiences of adopting new technology can help delivery teams understand how their target audience will view 'another new thing'.

One way of increasing trust and removing the sense of threat is by identifying areas of commonality. We are quicker to trust people who look like us or who we have something in common with, than people who don't. The same applies to adoption of technology. Finding areas of commonality with existing systems and highlighting them early on can build the trust necessary to then introduce new and uncertain features or systems.

People will also often stay in substandard conditions rather than face the uncertainty of something unknown, which itself is viewed as a threat. Some people stay in jobs they dislike for years for this very reason. Just because an existing system doesn't work  well, won't necessarily mean that people will be keen to adopt a new system. Doing everything we can to reduce uncertainty whilst remaining realistic can help change perceptions.

There is an exception to the fear of the new and unusual and that is those who have a strong curiosity drive. Curiosity was one of the 16 basic desires identified by Stephen Reiss throughout his work into motivation. If we can identify individuals who are strongly curious we can harness that desire to try new features, applications or otherwise adopt new technology.

Other desires may work against what we are trying to achieve. Those who are strongly motivated by order or tranquility, two more of the 16 desires, will want to keep the existing set up. Framing a message around how rapid adoption will provide the order and tranquility they desire and that by failing to get on board they risk a longer period of disorder and turbuluence can be effective.

We do things that we see others doing. Running after the crowd even if we hadn't seen the lion approaching is one of the things that helped humans evolve. One of the issues around adoption of some solutions is that this social proof of seeing others use the solution, is invisible.

Finding ways to clearly highlight how users are adopting and using a solution makes it more 'acceptable' for others to use this. How this is framed is also important: "60% of users haven't logged into System X yet" is social proof that it's okay not to have done so whereas "40% of users have already logged into System X" is social proof that it's okay to do so.

This video is a great example of social proof leading to adoption of something. In this instance it's not the first adopter that leads to the change. It's the first followers who are the key to widespread adoption. While identifying and working with people with a high curiosity drive may get some early adoption, it is other people seeing these early adopters using a solution that can lead to widespread adoption. Couple that with messaging that helps to remove perceived threats and tie it in with what motivates people, and adoption can increase rapidly.

So we don't all want to adopt new things but identifying why not, or focusing on those who do, are key ways that we can do something to improve adoption rates.

Many customers have made sound technology and platform decisions, have invested wisely, often deployed modern features but have then struggled to achieve the anticipated business value and benefits. The reason for this is invariably down to poor user adoption.  This is not communication as we have classically known it, but a more meaningful, ongoing effort to understand the requirements of users, deliver solutions and capability in context of their needs, and then campaign users to embrace the features and drive changes to their behaviour and working practices. 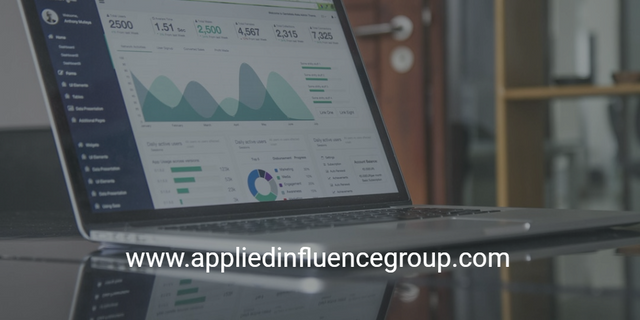 In his first post of a 2-part blog, @PSBray reflects on the key topics and themes that emerged this year as our customers continue their quest for #digitaltransformation https://t.co/sI9E1BJBNf

Great summary from our Chief Technologist @PSBray on Digital Workplace trends in 2017 https://t.co/JBWG93XELl