I was talking someone through some influence strategy recently and they posed the question - "If there was a Chief Influence Officer in a large organisation what would they do?"

While I'm not arguing that organisations should be rolling everything up into one role the question did get me thinking about the key challenges that we most often see within large organisations when they are trying to influence individuals. These individuals could be clients, sit within other external organisations or be internal to their own organisation. The key responsibilities for a notional Chief Influence Officer (ChInfO) taking the lead on this would sit across many of the functional departments within a large organisation.

If influence is the ability to effect change in thoughts, emotions and actions then the overall responsibility of the Chief Influence Officer would be making sure that this was being done cohesively, effectively and comprehensively. At the highest level this means that in every area that people are being understood fully and communicated with effectively so that the message that is delivered to them is the one that makes the most sense to them.

Here are some of the areas that I think a ChInfO would get involved in:

Internally, the ChInfO would take the lead on ensuring that strong influence skills are developed across the workforce. As AI, automation and digitisation increasingly impact on roles where technical competence has previously set organisations apart, the ability to effectively influence, both within and outside of the organisation will become a key differentiator.

The ChInfO would be highly involved in helping to create the conditions for a culture where individual's desires and fears are catered for when the organisation makes decisions. Whether this is looking at how incentive schemes need to be adapted to individual preferences, or at facilitating decision making processes that allow for diversity of thought and feeling.

Someone once described a group of people to me as fostering 'aggressive co-operation'. By this they meant that co-operation was highly valued, aggressively pursued and organisational barriers were adapted if they prevented co-operation. I think the ChInfO would be actively trying to do this. For an organisation to effectively wield combined influence it needs to be aggressively co-operating internally.

The ChInfO would help enable sales in a number of ways:

Developing specific skills around eliciting client requirements and active listening. These all tie back into understanding the client but can also be critical in resolving differences. We frequently hear about misinterpretations regarding client issues. Effective elicitation can get to the bottom of this.

Whether it's helping a client go through a change process or doing it yourself, the ChInfO can help ensure the organisation has:

As well as championing the importance of influence at the C-Suite level the ChInfO would also:

Influence pervades virtually every aspect of a business but yet is often not considered at the right level. The suggestions I've made above are just some of the areas that someone purely focused on influence would be responsible for. We'd be interested in hearing what else you think a ChInfO would do. 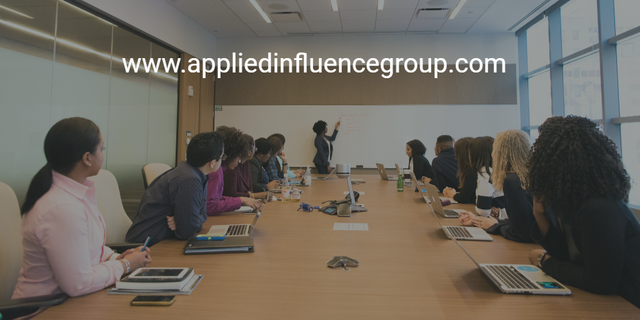